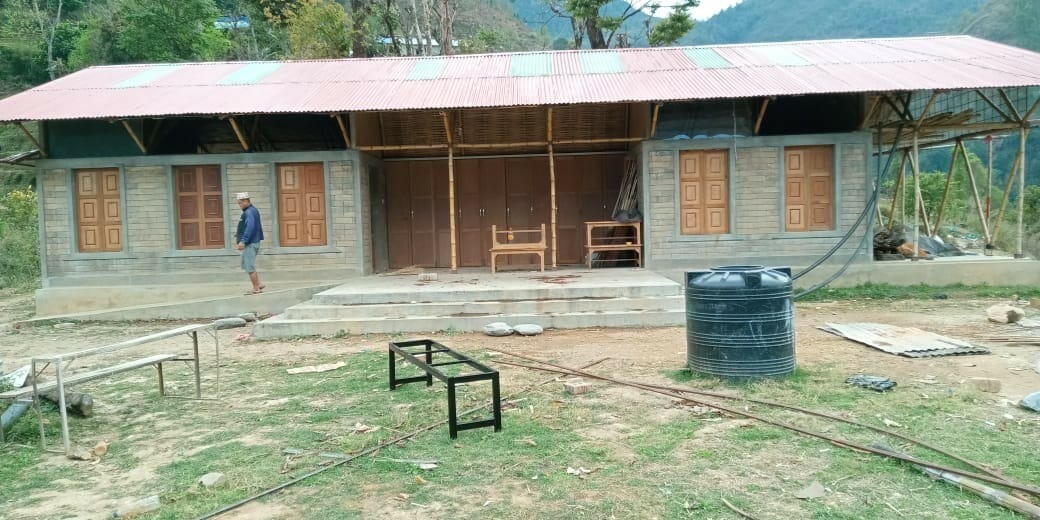 Sliding and folding door hardware manufacturer, P C Henderson, has recently donated materials to help with the rebuild of a primary school in Nepal after it was left devastated by an earthquake in 2015.

Situated on a picturesque mountainside, the village of San Bhorle was left in ruins when the 7.8Mw earthquake hit, levelling every one of its 43 houses and primary school. All but one resident survived, but the community was left to rebuild their lives with no materials, tools or machinery.

Learning Planet, a charity which helps remote communities design, finance and construct new schools, stepped in to help. As the only communal building in the village – and the only one which would have permanent power and internet access – the local community required a school building which could also be used for other events such as village meetings and celebrations.

In order to achieve this level of flexibility, large bi-folding doors were needed in the centre of the building. This would allow the area to be used as a classroom when closed off or put to other uses when opened up. A folding partition wall was also to be installed in one of the classrooms, allowing teachers to create a private office space when necessary.

Justin Wickham, Co-Founder and Executive Director at Learning Planet, commented “I was looking for a really solid system which would work faultlessly in a very remote location, for years, with minimal maintenance. After some research, I got in touch with the team at P C Henderson. I was really moved when they offered to donate all of the hardware free of charge. It was extremely heartening to get such a positive response”.

P C Henderson’s Securefold system was identified as the best solution for the project. Carrying ten solid hardwood doors measuring 225cm high x 50cm wide – it was important that the system could comfortably cope with a heavy load – whilst still allowing for effortless and safe opening by adults and children.

“The Securefold system works beautifully for our requirements. We opted to install the doors in five sets of two – meaning they can be moved around in pairs to create gaps for fresh air, light and easy access.  The doors can also be stacked completely clear of the opening – creating a huge, open, covered atrium – a perfect space for performances, and for hosting all kinds of village events.

“The installation went smoothly except for a snag when we realised the Securefold bolts were a centimetre too long. We couldn’t shorten the bolts, or make/buy other ones to fit.  It looked like a deal breaker until our carpenter appeared with some washers he’d made from a flip flop! It worked a dream. In remote locations, we often rely on that kind of ingenuity, as standard materials just aren’t available”, continued Justin.

P C Henderson’s Husky Folding door hardware was also specified for the internal partition wall required in the classroom. With only a few small pieces of building work required to get the project completely finished, the school should hopefully be in full use in the near future.

Stephanie Lee, Marketing Manager at P C Henderson, commented “Each year P C Henderson commits to supporting charities on a local, national and international scale. We were delighted to support such a fantastic cause, it’s great to see how our hardware can be used to create flexible solutions which have a huge impact for local communities”.